Shaping the “New Man” in Africa, Asia and the Middle East: Practices, Networks and Mobilization (1940s–1960s)

Introduction: Shaping the “New Man” in South Asia, Africa and the Middle East. Practices between Hope and Anxiety (1940s–1960s)

This special issue investigates the social practices of shaping the “New Man” between the 1940s and 1960s, through five case studies from South Asia, Africa, and the Middle East. Objecting to somewhat Eurocentric periodizations in common use, it argues for the persistence of the concept after World War II, and beyond the fascist and Soviet models. The context of late colonial and early post-colonial developmentalism and nation-building also transcends historiographic paradigms, such as the eras of fascism, decolonization, or the Cold War. Looking for local specificities as well as for transnational links, ideas of Progress related to the formation of “New Men” are studied especially in connection with the issues of the body, of spaces, and of symbols.

Although Boy Scouting emerged in Ethiopia as early as 1919, it was after the end of the Italian occupation (1935–41) that the movement gained momentum as an important part of youth training. The re-organization of the Boy Scouts under the Ministry of Education and Fine Arts as well as its coupling with Sports and Physical Education hints at the fact that Boy Scouting and, later, Girl Guiding were considered an integral part of education. The article looks at hiking and camping as a specific practice to link the youth to the (national) soil, to train survival and to instil leadership. It further shows that the “New Man” is not restricted to the demographic category of youth, but can include Ethiopian officials up to the highest ranks as well as local and foreign experts who re-organized the movement in Ethiopia.

A “New Man” for a New Nation: Activism and Physical Culture in Late Colonial Algeria

While French development schemes in late colonial Algeria are well studied, much less attention has been devoted to indigenous ideas around a transformation of society in this period. The article discusses the thought of two prominent intellectuals, the Islamic reformist Malek Bennabi and the Marxist Frantz Fanon, on the “New Man.” Looking at the last two decades of French rule in Algeria (1942–62), it also analyses processes of shaping “New Men” in reformist and nationalist circles, in particular in the Muslim scout movement and with regard to sports. Finally, it takes into consideration the generational dimension of Algerian anticolonialism, which opposed youth activism to the traditionalism of “old men.”

On the eve of Ghana’s independence on 6 March 1957, Kwame Nkrumah, leader of the African government of that country, made his “Ghana is free forever” historic speech to the world. This Pan-Africanist extraordinaire declared, inter alia, that: “[W]e shall no more go back to sleep […] [F]rom now on, there is a new African in the world[!]” How did he differentiate between a new and old African? This study, interested in the character of this envisioned “new African,” perceives that Nkrumah did not think that this African already existed. Rather, a purposeful hominisation of this “new” being needed to occur. Hence, Nkrumah added that: “[F]rom […] today, we [Ghanaians] must change our attitudes, our minds [and] realise that […] we are no more a colonial but a free and independent people!” Change, as he emphasised, meant an anthropogenesis for the “new” being to “prove,” as Nkrumah added, “to the world that […] the African […] is somebody!” and “capable of managing his [or her] own affairs.” In Nkrumah’s view, Ghana, which he ruled until 1966, had to champion the total decolonization of Africa, continental unity, development of the spirit of African Personality and renaissance of African self-possession and creativity.
This, therefore, required that the hominisation of the “New African” had to start from Ghana. What initiatives and processes were offered to engender this transformative attitudinal and intellectual rebirth in Ghana? This article offers a historical examination of the educational and cultural initiatives and political-ideological training movements and cadre schools, especially the Ghana Young Pioneers Movement and Kwame Nkrumah Ideological Institute, which Nkrumah, Africa’s “Man of the Millennium,” provided intentionally to help bring about the necessary attitudinal and intellectual moulding of a “New African” in Ghana from 1957–1966.

Restoring Order, Inducing Change: Imagining a “New (Wo)man” in the Belgian Colonial Empire in the 1950s*

The post-WWII momentum was characterized by the emergence of specific languages and
repertoires of societal intervention in colonial contexts. Given the new (geo)political circumstances, renewed imperial political and moral economies were envisaged by European colonial authorities, albeit in dissimilar ways. The establishment of a developmentalist and welfarist rhetoric and the formulation of related policies, which entailed political, economic, and sociocultural calculations and objectives, was one manifestation of these dynamics. The efforts of social engineering, at individual and collective levels, in which the imagination of ‘new (wo) man’ and communities was fundamental, were carried by multiple institutions and networks, with diverse motivations, resources and agendas, operating on many levels. In the Belgium colonial empire, the savoir‑développer and the savoir-transformer were claimed by many, in order to advocate or justify experiments in “comprehensive social development”, mainly designed to induce change with a view to restore order. This paper addresses these issues and explores this case, emphasizing the significant role played by international, interimperial organizations.

This article engages with the shaping of the “New Man” figure in independent India and how this image was morphed and re-shaped by conditions of war and food shortages. It traces the category of the ideal citizen of a “New India”, as expounded during the term of Jawaharlal Nehru, independent India’s first Prime Minister. During the interim years between two wars with China and Pakistan respectively (1962–1965), and especially in times of acute food grain shortages in several federal states, the second Prime Minister, Lal Bahadur Shastri, raised the slogan Jai Jawan! Jai Kisan (Victory to the Soldier! Victory to the Farmer!), hailing both as iconic heroes of the nation. During this time, all other nation-building registers merged into the overarching categories of defence and development. How did the mood of insecurity and the nervousness of the state produce discourses of vigilance and sacrifice? The article traces the transformations in the trope of the ideal citizen, the revered space accorded to farmers as men who supplanted the nation’s granaries and soldiers as men who defended its borders, and, finally, how the nonfarmers and non-soldiers were also called upon to become the “New Men” of a nation in crisis. The last section analyses images from two English-language weekly newspaper magazines – Link and New India to shed light on the state’s vision of the trope of the “New Man” and how it was inscribed with the qualities of self-sacrifice, nationalism, vigilance, preparedness and work for the nation.

Railways as Portals of Globalisation: The Case of the Portuguese Mainland and Colonial Rail Networks (1850–1915)

Literature about railway history usually describes railways as promoters of progress and modernity, pioneers of civilization, conquerors of time and space, unrivalled promoters of migrations and long-distance freight haulage or tools of empire. Not as frequent is their depiction as agents of globalization. In this paper, I analyse how railways took on the role of promoters of global flows in Portugal and the territory of its former colonies of Angola, Mozambique and Goa (India), albeit the development of the Nation-State and the growth of nationalistic feelings (that characterized the second half of the nineteenth century and early years of the twentieth century) hampered those fluxes. In my analysis, the concept of globalization is used in a very broad sense, including not only trade and commercial movements, but also the transnational/ cross-border circulation of ideas, expertise, skills, capital, workers, commuters, and tourists. The methodology I used is based on the concept of portals of globalization, as defined my Matthias Middell and Katja Naumann, which is applied to the existing literature about Portuguese railways and a wide array of sources, including technical reports by Portuguese mainland and colonial authorities and assorted statistics of railway operation. 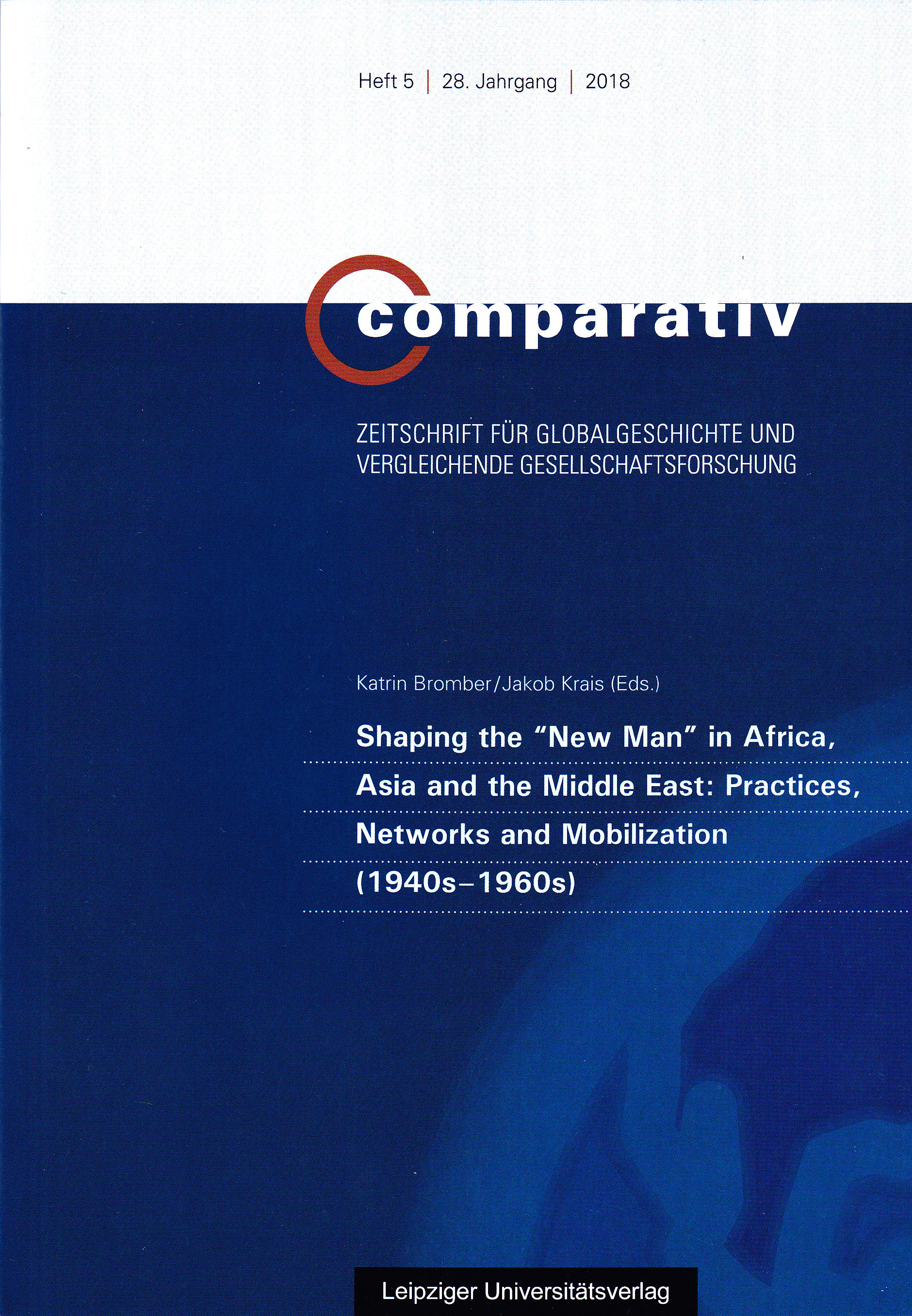